Jazz trade Sen Thayalaseelan for Ganen Thanga from the Warriors.

Pelicans trade Stephen Maheswaran for Prashanth Sukumar from the Kings.

Timberwolves trade Jelton Jesudasan for Jamshed Chaudhary from the Warriors.

Timberwolves trade Jeffrey Jesudasan for Roshan Jeyakumar from the Bulls.

Timberwolves trade Jameel Thompson and Anthony Jeyakanthan for Ajevan Kailayanathan and Venush Sri from the Bullets.

Bullets trade Jameel Thompson for Suren Udayakumar from the Warriors.

Hornets trade Puvi Siva for Satish Manick from the Magic.

Analysis:  We finally have our first trade during the final trading period of the season. GM Hari is reunited with his pal Satish who he initially tried to draft but was unable to. Better late than never though and now he gets someone who brings alot of IQ and hustle to his team. Puvi did the same thing for him but with the impending return of Nishan, they already had enough ball handlers. Satish will fit in seamlessly and his friendship/familiarity with some of the Hornets will fast track the chemistry. Meanwhile, Wilbert gets Puvi who will provide them with a solid defender and playmaker. After losing Sham Rajendra for the season with a knee injury, Wil needed a pure point guard and he was able to fill that need with this trade. Puvi is averaging over 4 assists per game and he can now try and create opportunities for his teammates. He and Vasko will also be hounding the other teams best guards so this trade made alot of sense for both teams.

Hawks trade Trevor Fernandes for Krishan Kuganesan from the Timberwolves.

Hawks trade Andy Nguyen for Muhammad Malik from the Nuggets.

Timberwolves trade Zaid Faiz for Nathies Sri from the Sixers.

Magic trade Nick Regis for Baki Karunanithi from the Timberwolves.

Cavaliers trade Arjun Rajakumar for Mathan Wimalaganthan from the Sixers.

Analysis:  Okay, so you usually never see a swap of first rounders in the league but it happened and I gotta say it makes alot of sense for both squads. The Lakers were by far the worst rebounding team in the league and they just added the best rebounder in the league in Kajen! Kajen is currently second in the league at 14 rebounds per game and that was on a team with 2 other legit big men. That number as high as it already is...gonna probably climb alot higher now and closer to the nineteen he averaged last season! He gives the Lakers the inside presence they have been lacking and will give them numerous second chance opportunities. He reunites with Ed Rubiales who he won a championship with in season 1...he is close friends with Nilan, Mo, and Haran and thus the chemistry and energy will  be given a much needed lift! The Timberwolves getting Thuva has made them a legit contender...GM Nilan (who is out for the season with a knee injury) had to give up something great to get his friend Kajen and he certainly did by giving up Thuva. Second in the league in scoring at 16.5/game which was exactly what the Twolves needed! A go to primary scorer who is also a 2 way player and will help them tremendously on defence. The Wolves are much more balanced and dangerous now...GM Suthan has now got the pieces in place and now it is up to the team to make sure they can play up to their potential. Although they were looking for another ball handler for the team, they desperately needed a scorer first and foremost. Plus, Thuva can handle the ball some and makes solid passes for a big! Things have gotten very interesting now for both squads.

Analysis:  Last night we had our ETBL inaugural draft which had lots of exciting moments and some mystifying ones.  Some players fell way below expectations and some went higher then expected so it was a very unpredictable draft which made it extremely intriguing.  Let's start with Vimal (GRIZZLIES) and Athavan (RAPTORS) making a trade hours before the draft.  Keep in mind GM's are ranked before the draft as to where they will go in the draft and thus will skip their pick in the subsequent round.  I will break down the trade here.

This gave Vimal the top 5 pick he was coveting and ended up using the number 2 selection overall on Thanujaan.  Vimal also received a second round pick (number 19) when previously he was gonna forego a selection in this round due to him being ranked as a second round player.  It was a big risk for Vimal as now he will have 4 selections in the last two rounds of the draft as he is pretty much giving up all the middle round selections.  We will see if Thanujaan and Vimal can carry enough of the load for the Grizzlies and still get contributions from the others.  Athavan decided to try and find a more balanced team by packing picks in the early middle rounds and had no selection worst than number 46 in the draft.  I definitely liked Athavan's thinking on this trade as he will have a well rounded squad that can compete no matter which 5 guys are on the court.  On top of that he selected Sutharshan "SU" Sri with the 6th overall selection and is someone he knows well and understands that he has first round upside so this may work out really well for the Raptors.  We will see which approach works in the end!

After the draft, Nelson (MAGIC) and AROD (WARRIORS) pulled one more move to tweak their rosters.

This trade might seem mind boggling at first but we all know the last few rounds are sometimes tough to analyze if you do not know all the players first hand.  Nelson gets his close buddy Andy on his MAGIC squad which makes sense for chemistry purposes and AROD picks up Dave who showed at the combine that he was much better than where he fell to.  Overall a pretty fair trade as both guys get who they want and whom they project to be glue guys for their team.  Nelson followed through with the Asian invasion team as you will see with his roster!

We got our first official post draft trade last night!  The Suns and Warriors decided on a blockbuster trade involving 4 players.  Let's break it down below:

Analysis:  Warriors have started off the season winless after 3 games and were desperately looking for a shake-up.  You can see the frustration mounting for the Warriors after their latest loss and GM AROD decided to take action.  They needed to get quicker plus get players with more stamina and endurance.  GM Sugee has started 1-2 and was in dire need of a big man to help with rebounding and giving them an interior presence.  After this trade, Sugee gets his big man (Thileep) who he is boys with and has played many years together.  Thileep is off to a slow start this year but the change in scenary and a defined role (rebounding/defence) may elevate his game.  Sugee is also familiar with Shaan from their time at Tangerine and knows he can be another weapon on his team.  AROD gets Krishan who will provide energy/defence and has upside on offence.  Along with Hari who has shown flashes of brilliance on offence and the ability to space the floor.

Conclusion:  Although GM Sugee got a big man for his team, it remains to be seen if Thileep can pick up his game and play at the level the Suns need.  Shaan will be a solid role player for the Suns.  But I have to say AROD did very well in this trade and gave his team exactly what they needed.  Hari and Sen know each other very well and should have instant chemistry on the floor.  Hari can be the point guard for the team and relieve the pressure off AROD.  Krishan is coming off a big defensive game and his energy is exactly what the Warriors need.  Great gamble by AROD and he is hoping this turns the season around for his team.

Analysis:  We got another trade during this holiday season!  Rumors were swirling that Mayuran wasn't happy with his role on the Bulls and forced the hand of his GM Billal.  Mayuran was coming off the bench for the Bulls and it looks like he wanted a more important role/playing time on the team which would have been tough on a stacked Bulls team.  Mayuran can provide solid defence as well as spot up mid range shooting.  Vino has been inconsistent so far but has shown flashes of his ability especially during the pre-season.  He brings the hustle, energy and has the upside on the offensive end.  He has young fresh legs and can get out and run in transition. GM Athavan looking to make a minor shake-up after his team's slow start and reunites with someone who he has played ball before with.

Conclusion:  The Bulls are serious contenders this season and why would you want to leave a potential championship team?  Was Mayuran really that unhappy with his role?  Will he be happier on the winless Raptors?  All things considered, Billal did really well in this trade and got someone who is younger, faster and has enough upside to make a difference to their squad.  A really puzzling move for the Raps as GM Athavan needs more scoring on the team and not more defensive players.  Does he expect Mayuran to start scoring in bunches for them?  Is his familiarity with him enough to justify the trade?  Did Mayuran offer him money to make the trade?...Time will tell if this deal moves the needle for either team but so far Billal has made all the right moves and this looks to be no different!

Analysis: A very interesting trade just a day before the deadline.  GM Nilan was looking for an additional ball handler to help out his point guard as the Spurs have had trouble once Thay was lost for the year due to injury.  The Spurs basically have noone besides Annojh who can actually dribble...not even joking...the Grizzlies are undersized and needed help with scoring as well.  Jolly provides some toughness, hustle and passing ability and was criminally underrated in the draft (falling all the way to 66!).  He will have a chance to help the Spurs who are desperate for anyone to basically help even bring the ball up to halfcourt without turning it over!  He is also familiar with alot of the Spurs players which is an added bonus.  Andrew is second in the league in 3pt percentage and 5th in 3 pointers made! (min 10 attempts) and has scored in double figures in half the games he has played.  He goes to a team where he will be comfortable as he personally knows Trevor, Arunan, Gautham and GM Vimal!

Conclusion:  Both are very solid players and will fill the needs for each team!  GM Vimal did very well to address some of his biggest needs...he gets an excellent 3pt shooter who is also averaging 6.2 rebounds per game!  A very strategic move by Vimal who was able to flip his last pick and get a player who will help him for the Grizzlies two biggest weaknesses (scoring and rebounding).  The only issue will be Andrew's stamina and whether he can improve his endurance.  Spurs were the best 3pt shooting team in the league and could afford to trade from their area of strength.  Jolly could be an x-factor for this team down the stretch and has better endurance and ball handling skills than most of the team so he will be a welcome addition.  These are the type of tweaks teams willl need to make in order to take their games to the next level!  Well done by both GM's. 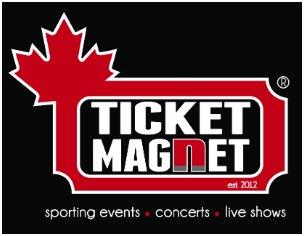 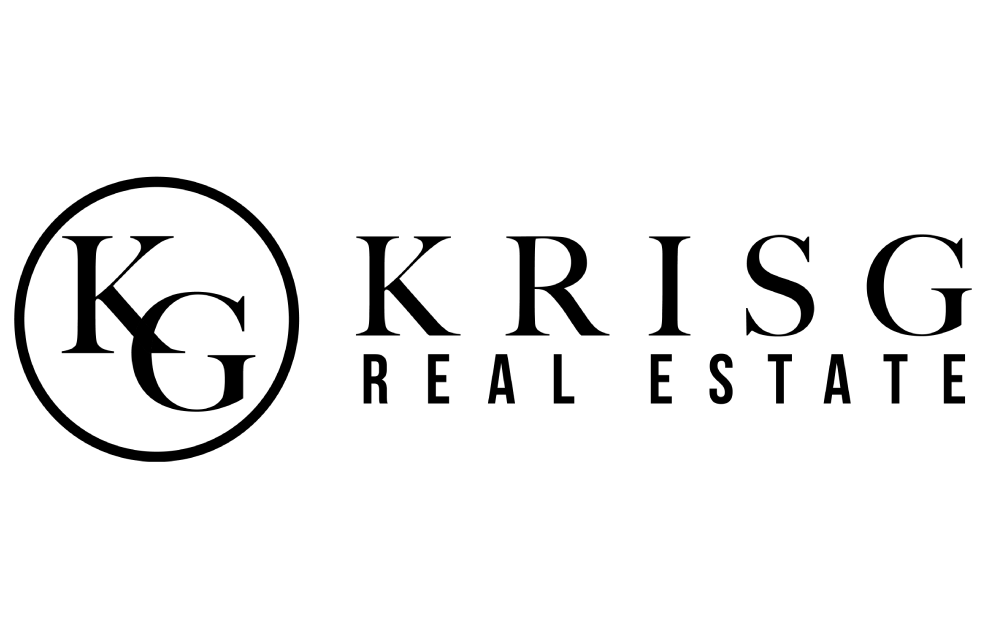 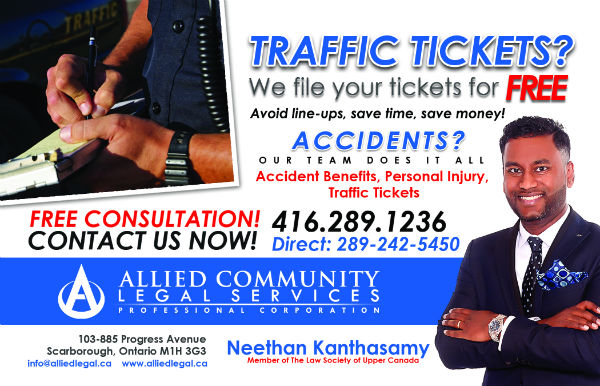